We have prepared another educational Display 101 article. This time we’ll be discussing the importance and characteristics of a Cleanroom.

Let’s start with a definition. A cleanroom is not simply defined as space which is clean. In fact, it has a special definition from the International Organization for Standardization (ISO): [1]

It is an essential facility in the process of LCD industrial production, which requires a high level of cleanliness in manufacturing environments. Small contaminants must be controlled at a finer level, especially for particles of 1 μm or smaller, such micro-contaminants can cause loss of functioning or may reduce the shelf life of the product.

Moreover, the cleanroom maintains hygienic conditions in the processing area, eliminates dust, particulates, and microbes from the air. In turn, this improves product quality and assures a high efficient production.

You can see in Figure 1.1, the cleanroom is shown with personnel wearing special dust-free clothing.

The cleanness level is defined according to the maximum allowable number of particles per unit volume.

An ISO 1 cleanroom has the highest level of cleanness, while an ISO 9 cleanroom has the lowest level of cleanness. To be more clear, the ambient air outside in a typical urban environment might contain as many as 35,000,000 particles per cubic meter, 0.5 um and larger in diameter, corresponding to an ISO class 9 cleanroom. However, and ISO 1 cleanroom is only permitted 12 particles for each cubic meter of 0.3 μm and smaller. [2] 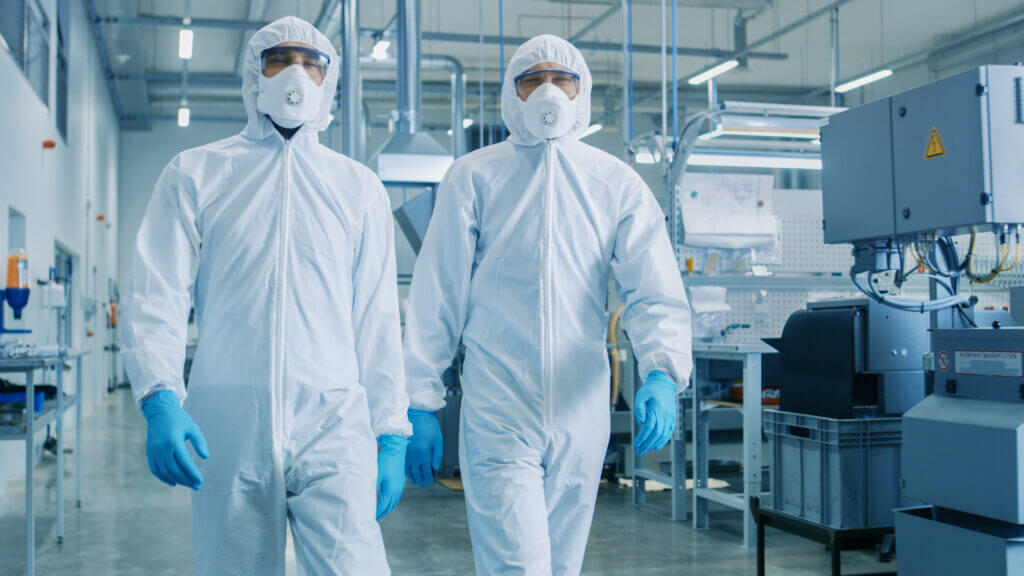 The Cleanroom in Riverdi occupies 45 m^2, which allows 8 personnel to work at the same time. It means we could offer a total capacity of 60K pieces monthly. The current capacity is 5 times the previous one.

The cleanness level is ISO 6 in Riverdi. It means that less than 35,200 particles (0.5 microns in size) are present per cubic meter.

With such a standard, we ensure each display that leaves our company without a doubt of compromise.

The key to the cleanroom

An effective air filtration system in a flexible cleanroom is the key to keep the production department running effectively.

To ensure the required standard, pre-filters are used to remove the dirt and dust that the human eye can actually see, HEPA filters capture the minuscule particles that can’t be seen.

To keep contaminants from entering the room in the first place, a pressurized environment is created by introducing air at ceiling level, after passing through a fan-powered HEPA filter. This creates an air pressure that is greater than that outside, which in turn pushes contaminants out of the cleanroom through vents in the lower portions of the walls.[3]

To give you an idea of what does it mean to clean the air in a cleanroom please imagine that the whole air is being replaced and cleaned more often than once in every minute.

Other measures to ensure the required standard

We use special lighting fixtures, walls, equipment, and other materials to minimize the generation of airborne particles. The temperature and humidity are controlled strictly at the same time. [4]

Non-ESD protection is strictly prohibited. So each stuff in a cleanroom is ESD. Any stuff and floor need to be cleaned by special ESD Equipment.
Cleaning takes place straight after production ends their shift and 30min before it starts with CR specialized cleaning tools.

As you would expect from the display experts here at Riverdi, cleanroom clothing is always worn by our team members, including a hair covering, booties, a smock, and mask. A separate area is provided for gowning. Also, the staff has to enter and leave through the air shower room. This helps to minimize the carrying of particulate by the person moving into the cleanroom. 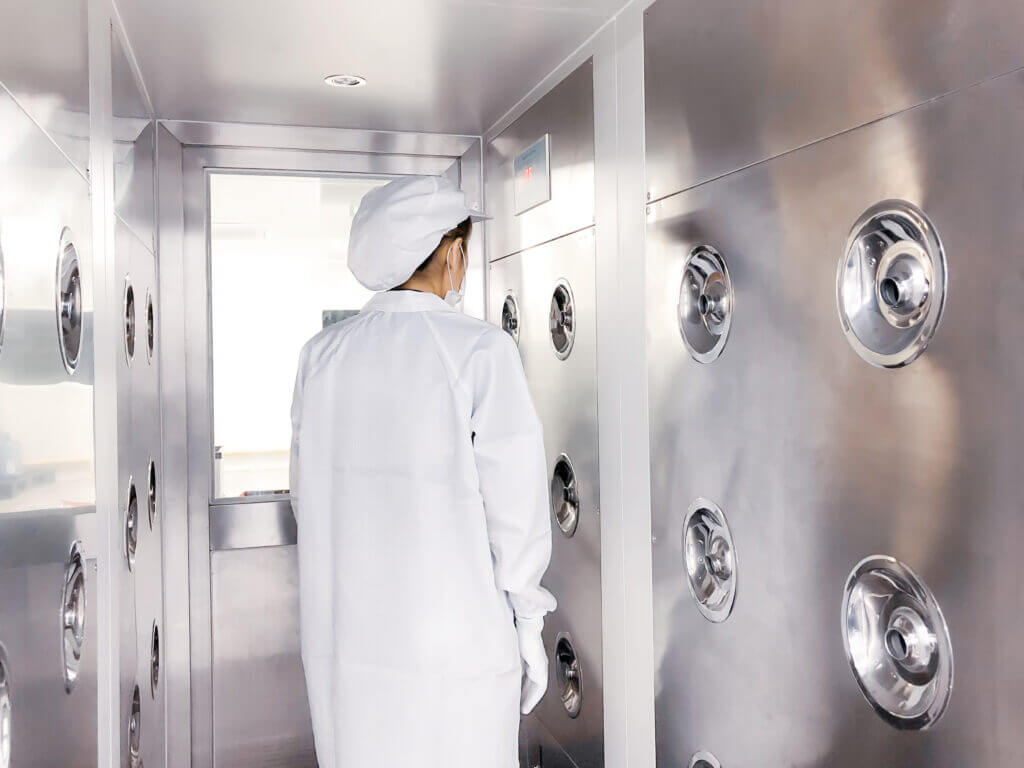 Our work process is designed in a lean and efficient way. All components enter through a specific window and exit with all necessary assembly and packaging completed within the controlled environment. [3]

[1] Gupta A, Kaur M, Kaur A. Cleanroom Technology and Its Application in Food Proceesing[J]. 2017.