TFT display damage and how to avoid it

This week in the Display 101 series we’re talking about the types of damage that can occur on the TFT display and how that can be prevented.

The structure of the TFT display

In order to learn more about the LCD displays, we do need to know the structure well.

It is made out of four basic elements (Fig. 1):

The basic feature of the liquid crystal is the ability to twist on 45 degrees or 90 degrees, relative to the axis of the particles arranged in parallel between both electrode surfaces. 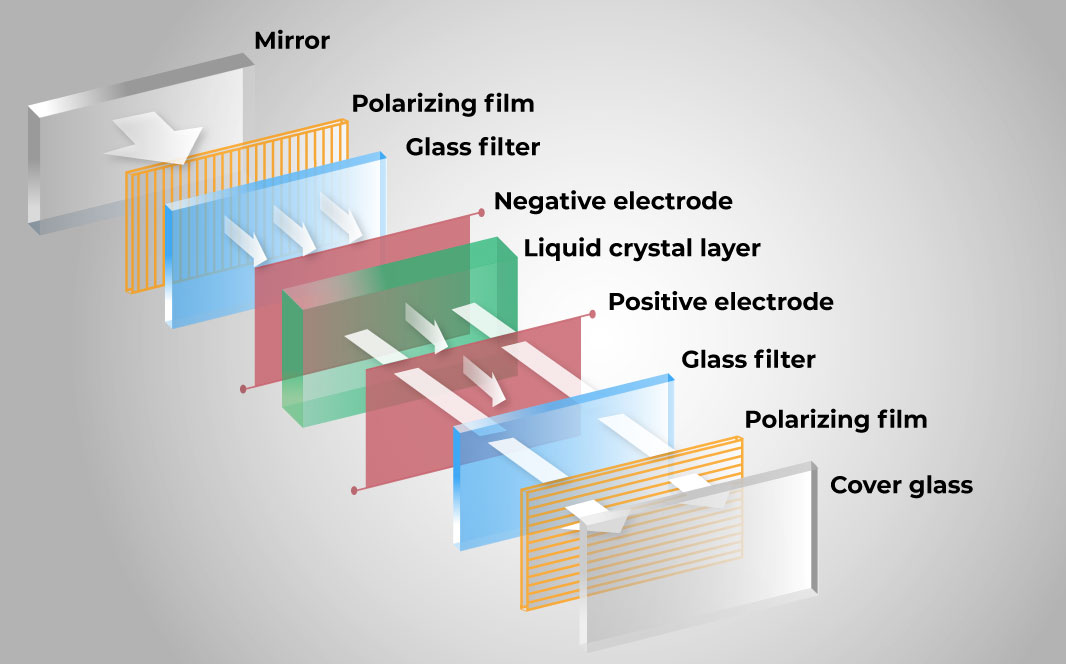 Figure 1. Construction of the LCD displays

In LCD the light transit through two polarizers, which are arranged perpendicular, then through the liquid crystal layer. The layer can block the transition of the light or change polarization. Finally, the light falls on the color filters, which give it a set color creating the image.

The LCD TFT screens are built of thin-film transistors. The transistor is produced by chemical vapor deposition (CVD), based on the use of liquid hydrogen mixture and silicon mixture in an organic solvent, and using the rotation application method of the thin semiconductor.

In the TFT matrix, each pixel is controlled by four transistors, where one of them is responsible for brightness, and three remain for basic color (red, blue, green). As a result, this solution allows the high resolution, better color and generally higher parameters of displayed images  – comparing to common LCD matrix.

Because of the material, which the TFT is built (glass), those have low mechanical strength, therefore in a simple way can be damaged. The most popular damage of TFT is damaged of liquid crystal structure „spilling liquid crystal” or damage of the transistors layer  „interrupt of the ITO lines”. Both defects are based on the crack of the glass base, but those two defects are characterized by very different symptoms. 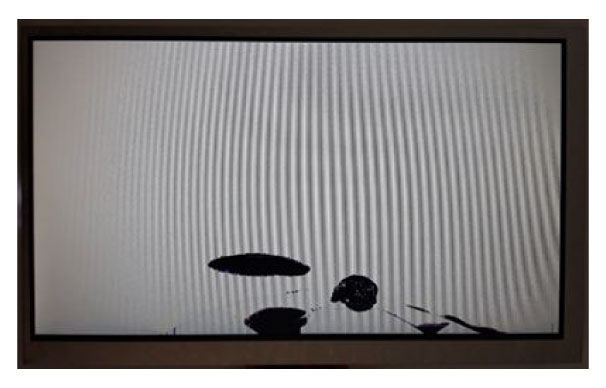 Damage of the transistors layer

The horizontal lines on the screen (Fig. 3) may indicate as an interruption of the ITO lines, which controls the transistors. In most cases the whole line of the transistors is interrupted, therefore the defects are observed in the form of a line. 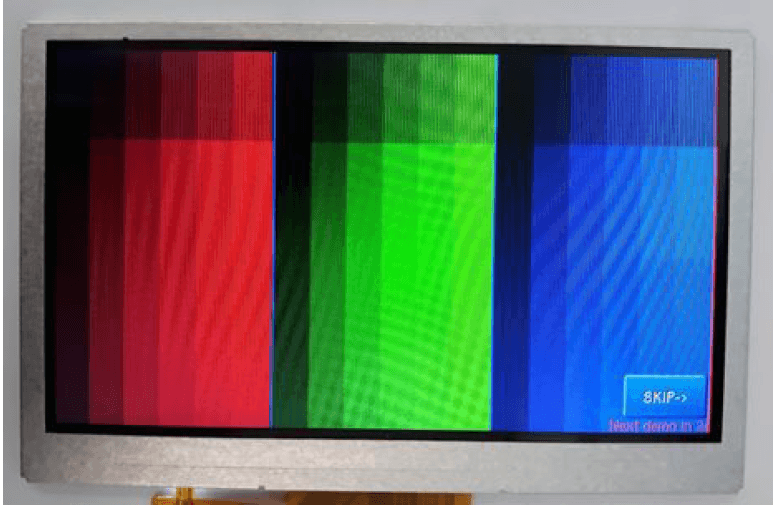 Figure 3. The line on the screen caused by damage of the ITO lines by a crack of the TFT

How to prevent TFT display damage?

The majority of damage occurs during the assembly process in the target devices. Too much point pressure on the fragile TFT structure can damage the structure of the liquid crystal or electric lines.

The high compressive force on the displays housing can lead to crushing the corners (Fig. 4), as a result, the ITO lines are interrupted. 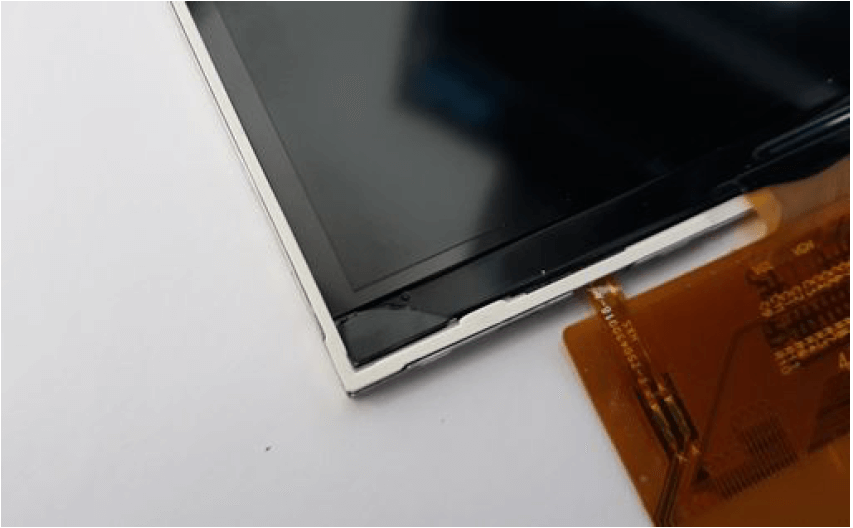 We recommend that you’re especially careful during the assembling process of the module. This special treatment is necessary to protect the matrix of the display against a hit or big pressure.

The module can be only held by the housing, and the unnecessary thrust on display should be avoided. The disassembling of the displays housing is not recommended, because this process is very destructive and in most cases, it causes to TFT damaged.