Improve the display brightness and the viewing angle

We have two screen enhancement options, designed to give your display that special boost and keep it ahead of the competition.

More precisely, TN technology has a problem with a phenomenon called gray scale inversion. It’s when a display has one viewing angle in which colors on the screen suddenly change. O-Film is a solution to this problem. 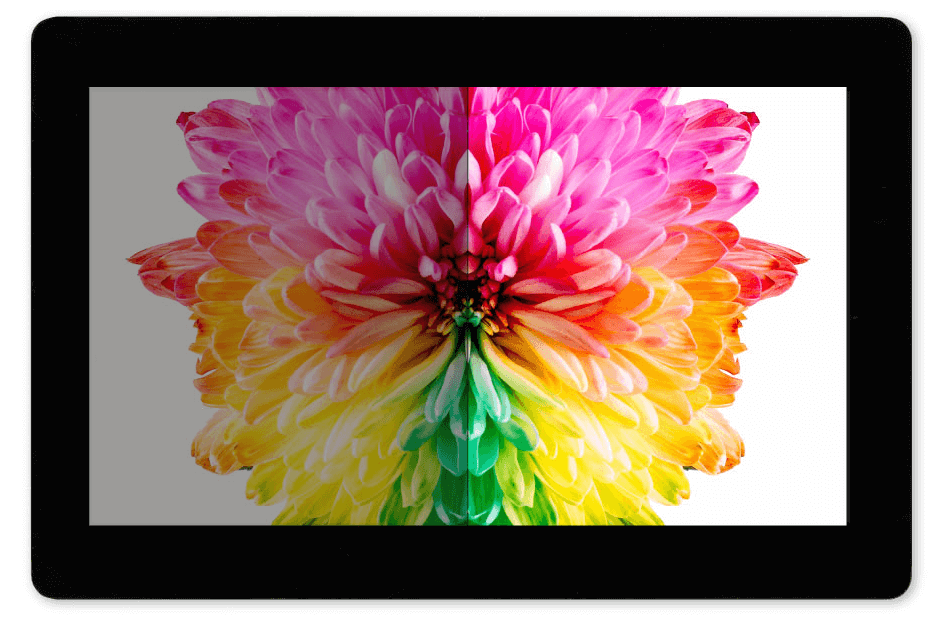 Brightness Enhancement Film (BEF) provides up to 111% of brightness gain. All that needs be done is to add a thin surface to the desired display, between the TFT glass and the backlight circuit.

The brightness enhancement depends on the number of used sheets of the BEF:

But how does this work?

Well, it works by recycling of the diffuse light into the backlight and directing the beams through the display. This provides increased luminance.

Let’s go more into depth here. The whole purpose is to focus the light beams in one specific direction – the viewer.

For example, the viewer most commonly looks at the display surface horizontally, from the center, then from the vertical extremes. Therefore, concentrating that vertically directed light into a more and more narrow cone gives us a luminance upgrade.

The BEF refracts light which is part of the viewing cone directed towards the viewer. The beams of light radiated outside the cone are back-reflected (as long as they achieve the desired angle).

If you want to add any of these screen enhancements to your display, contact us.