Home/Display 101/Resistive or capacitive – what is the right touch panel?
Previous Next

We all use touchscreens every day, it’s just so common, we don’t really pay that much attention to it. Just think about it – you use it when you’re typing out a text message, when you’re getting cash from an ATM, and when you’re adjusting the temperature in the office.

By now you’ve probably noticed the differences between particular modules – the response time, the required pressure, even the different texture under your fingers.

The reason why each type of touch panel responds so differently is the underlying technology.

When you’re working on a project, and you want to choose the type of touchscreen for it, you should decide based on what environment and what circumstances the display will be used in.

The three main components of every touch screen are:

You can choose between two versions from our shop: the capacitive and resistive touch panel.

As the name of the technology suggests – the resistance measurement is what detects the touch. The pressure on the screen translates directly to change in the Ohm value. 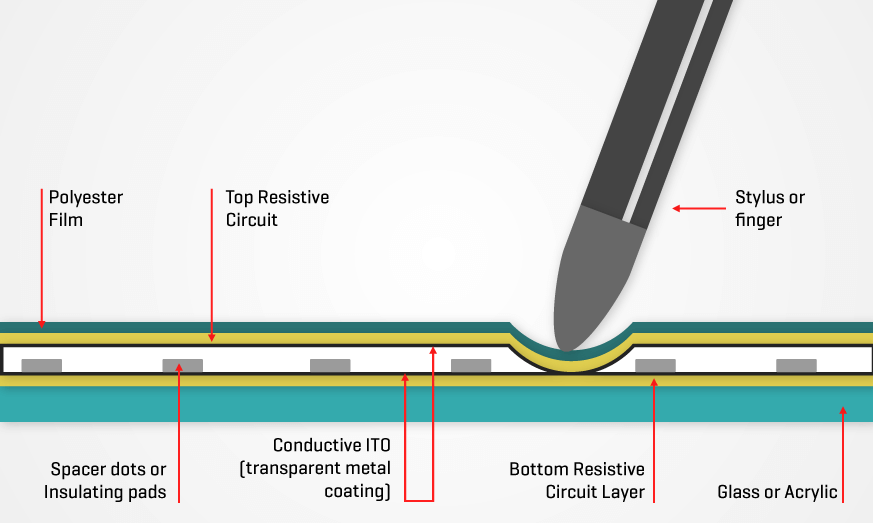 The conductive layers of ITO or Indium Tin Oxide (see the image above) are separated by spacer dots – that prevents them from touching one another while the touch panel is not being used. When a finger touches the panel, that space disappears, the layers detect the resistance change, and the coordinates of the touch are calculated.

The main advantages of resistive touch panels are:

Both work on detecting the change of capacitance on the screen.

Let’s see how they work.

As you probably know, a thin glass surface covers capacitive touch screens. Under this glass surface, covered with a protective layer, lies a thin layer of electrodes. The electrodes on the corner of the panel provide the voltage for the thin film layer. When the finger touches the screen a small electrical charge is transferred to the finger, and the electrical circuit is complete. This creates a voltage drop on that part of the screen, and the touch is detected. 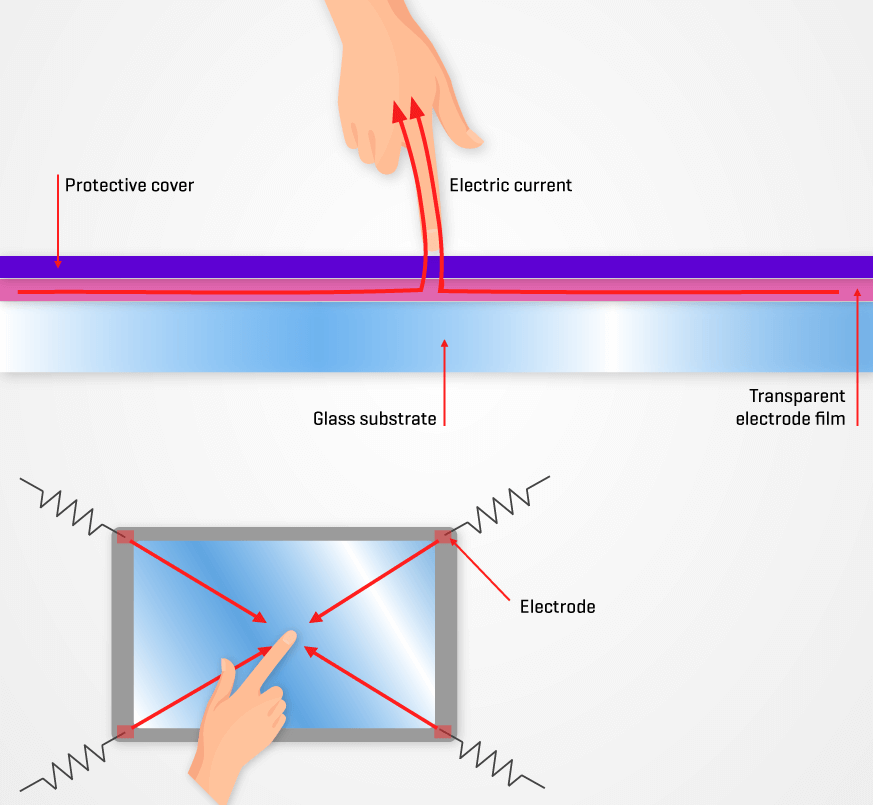 The projected capacitive touch panel is the more compound capacitive technology. Beneath the glass with the protective cover (that we mentioned above), there is a pattern of electrode layers – or the matrix. This pattern forms the plane of X and Y coordinates which the controller uses to calculate the event of the touch.

This variant of touch panels is used for smaller dimensions, as it’s more accurate than surface capacitance.

This is why you can’t use a capacitive touch screen when you’re wearing gloves. 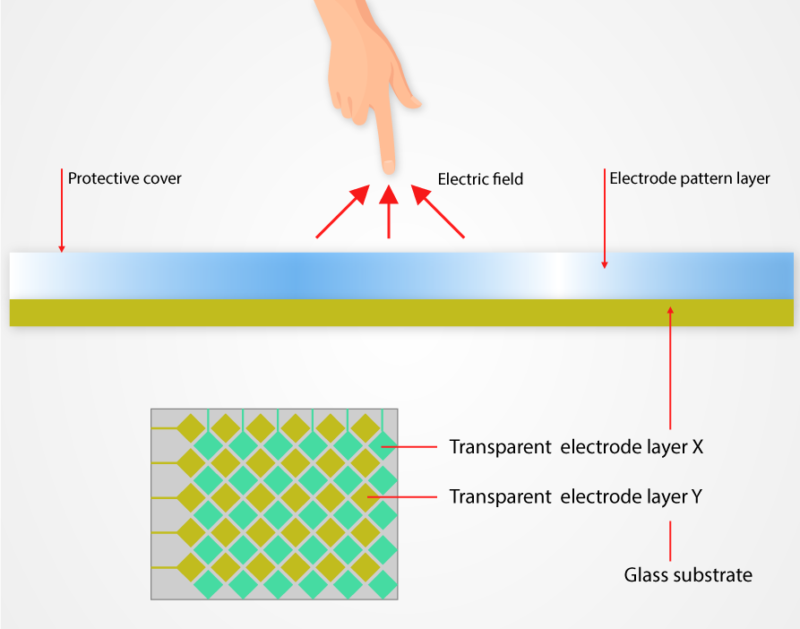 So, next time you’re starting a project, and you don’t know which type of touch panel to choose, check out this article. Think of what kind of environment the device will be in. If you are planning to use it in a more rugged, industrial setting, a resistive touch panel will work better, since you can use it with both gloved hands and a stylus.