In this Display 101 article, we will explain the importance of LCD backlight construction and LED BIN selection.

First of all, we should point out that an LCDs TFT does not emit light by itself. It needs a backlight to produce a visible image. Good backlight construction is extremely important for each module.

So, an LED chain is placed on the back side (sometimes on the side).

What is the BIN and why is important?

Minor alterations in the LED manufacturing process (in regards to lumens, color temperature and LED voltage), result in it being very difficult to have all the LEDs exactly alike. LEDs tend to be similar but rarely identical. In order for a light to be, say, green, manufacturers need a technique to ensure all of their LEDs are indeed the same shade of green.

The technique manufacturers use to make sure that the LEDs are similar is called LED binning.

It depends on that the LEDs are placed into similar categories – bins. With the bin defined is the similarity in:

Lumens and color are the most important parameters in LED variability.  Binning according to lumens is relatively simple to define – different than Binning LEDs according to color. It is more complex and to understand the process it is necessary to introduce chromaticity diagrams. 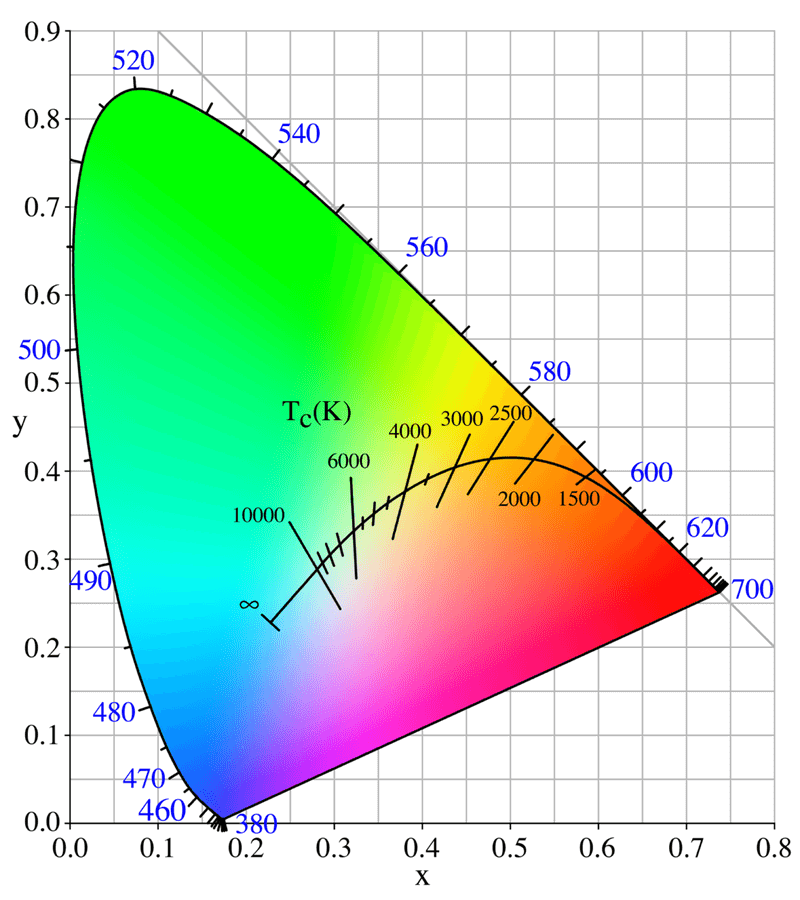 Above is the CIEXYZ (also called CIE XYZ or CIE1931). It is a color space created in 1931 by the International Commission on Lighting. The letters CIE before XYZ is the abbreviation for the name of the Commission. CIE XYZ is a special color palette constructed primarily for the perception of colors by the human eye (photoreceptors).

Overlapping coordinates are mapped in the color space represented by the chromaticity chart as the so-called color triangle: an area enclosed by two lines – a curve and a straight line.

Why is the diagram important for LED bin selection?

American physicist, David MacAdam performed experiments in the 1930s and 1940s and showed there are regions on the chromaticity diagram that contain all colors which are indistinguishable to the color at the center of observation.

That means, that an ellipse could be drawn around a single point on the chromaticity diagram where, within that ellipse, the human eye cannot distinguish different colors. 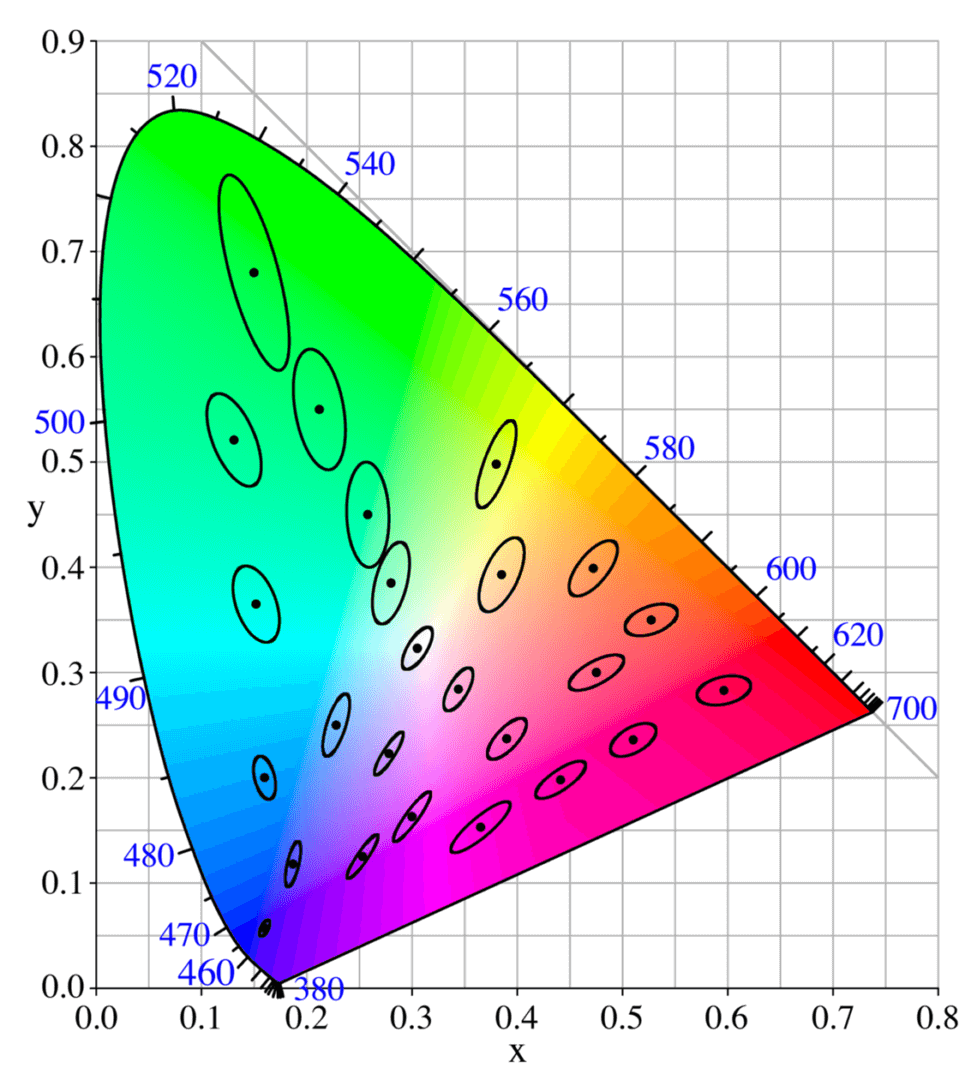 On the figure above, you can see the 25 ellipses drawn from MacAdam’s experiments on various colors in the chromaticity diagram. Within these ellipses, the test subject could not distinguish different colors!

Today we are taking advantage of the MacAdam’s statement. The LED binning according to color based on these experiments finding’s are that humans perceive color within a region or a concept known as “just noticeable differences”. In the CIE 1931 Chromaticity Diagram, a series of boxes are drawn to indicate regions of just noticeable differences. Within each of these individual boxes, the human eye cannot perceive any difference in color.

Therefore LED manufacturers indicate the co-ordinates of their LED on the chromaticity diagram and end-users can reliably use this information to achieve the correct color light needed in their application.

The information on the chromaticity coordinates of LEDs is to mix two or more LEDs together to create different colors – like mixing yellow and red paint to get the orange. Mixing two different LED colors will produce a third color as well.

Thus, if an application requires light of a certain color, and there is no such LED available we can use the chromaticity co-ordinates, and their LED binning process, to achieve the desired color light.

This is the most common way to get a white color – the LED color of the display’s backlight.

The most common technique for producing white-light LEDs it is applying a yellow phosphor (in most cases cerium-doped yttrium-aluminum-garnet (Ce:YAG)), to a blue LED. The phosphor converts some of the blue emission to yellow, therefore human eyes perceive the mix as white light.

We hope you’ve enjoyed our latest Display 101 article, and that you’ve learned what you wanted to know about LED BIN selection. If there is a topic you would like us to cover, please don’t hesitate to write to us on social media.