For some time now, it seems that everyone has been talking about our IoT displays. Blogs online, people and companies on social media, people at fairs and expos.

So we thought that it’s the right time to talk a bit more about the IoT display range.

We joined forces with two leading players in the IoT world: Bridgetek and Zerynth. As one of the articles about the displays says:

“In a move intended to broaden the appeal of its advanced graphics controller ICs in the emerging Internet of Things (IoT) sector, Bridgetek has entered into a three-way collaborative partnership with IoT development experts Zerynth and advanced display solutions provider Riverdi.”

You can read the whole post on the New Electronics blog.

With Bridgetek’s BT81x series devices and Zerynth’s tools for programming 32-bit microcontrollers in Python, all our users are set for success in their IoT and Industry 4.0 projects. All you need is one of the IoT displays. They even have a Zerynth Studio license onboard.

You can start programming them right out of the box!

What’s also interesting is that Zerynth allows hybrid C/Python programming as well. So, for everyone who likes to mix these two programming languages – use both C and Python.

And what are other blogs saying about the collaboration?

For example, this is what Sensors Online had to say:

There are lots of other articles out there about this product range, but we wanted to give you a selection here. Let us know what you think about Riverdi IoT displays on social media – tag Riverdi and share your opinion.

Choose one of our IoT displays 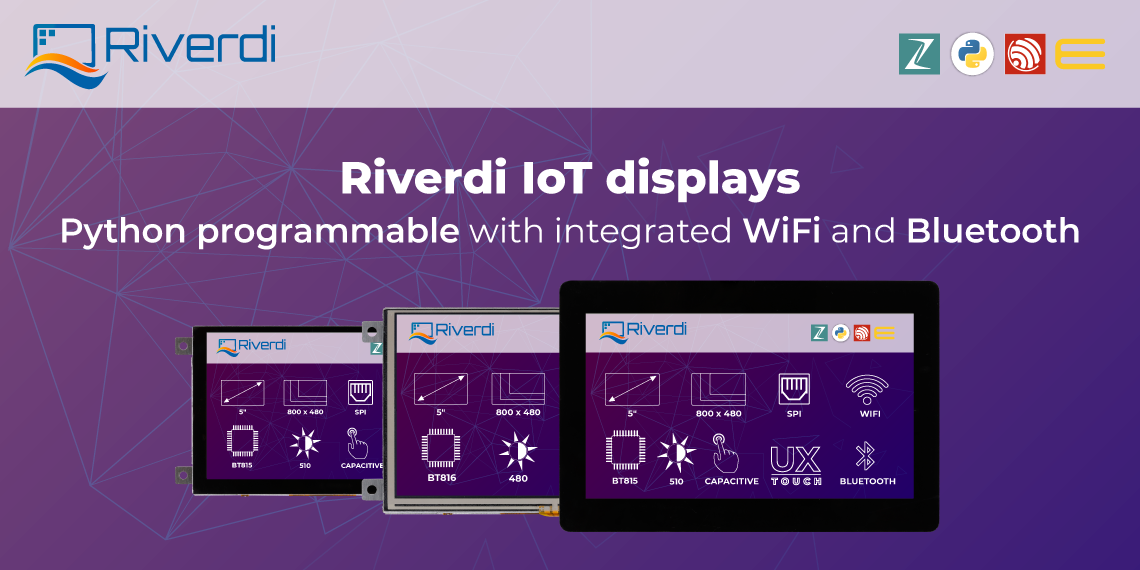 Right now, there are three different versions of the IoT displays you can choose from: